Electric DrivesElectricDrives is the channel for business and consumer news about electric vehicles. We bring you the stories in an engaging, clear way, to help guide our audience on its electric, sustainable transport, journey.
More
April 27, 2021
EV Biz

Zan Dubin-Scott always had an interest in sustainability, or what was known in the early 2000s as ‘green issues’. However, it wasn’t until meeting a likeminded community of EV drivers in 2002 that Zan’s roadmap took its sustainability ‘left turn’.

In 2002, Zan’s husband at the time was diagnosed with cancer and decided he didn’t want to put his dreams off anymore. Not one for your typical bucket list, he only wanted one thing – to install solar panels on their roof. When researching their different options—far fewer than we have today—they stumbled upon a small group of 12 EV enthusiasts from around California. EVs at that time were just being introduced to the market and there was scant option to buy them outright, leasing was the main option available and once the lease was over, many of the OEMs would take back the vehicle and crush it. This discovery set the group on their road to activism and they created the ‘Don’t Crush’ campaign.

“The first time I drove an EV I honestly got tingles from my head to my toes, I knew I was doing something significant and was part of something that could help the environment. This is something that brought our little community together 20 years ago. We really knew that climate change was an issue and we all felt we had a duty to do something about it”.

Starting her career as a staff writer for the Los Angeles Times, Zan then moved into communications and PR. Once ‘Don’t Crush’ was formed her role was clear – using her communication skills to make change. After the success of ‘Don’t Crush’, Zan and her community founded ‘Plug In America’, a non-profit, supporter-driven advocacy group: “We knew we had to shift from protesting against something and start advocating for something–namely mass EV adoption.”

Accelerating the shift to EVs has been Zan’s mission now for over 20 years, but it’s only recently that a clear tipping point is starting to emerge. “A turning point for me was the General Motors commercial aired during the Superbowl this year.  Will Ferrel starred in the ad and it looked like any other car ad. Its juxtaposition with GM’s EV1 commercial in the early 2000s is so interesting to see. This one was done in black and white and so dreary. It was clear at the time – they did not want to sell that car. That’s been very interesting to see over the years, there hasn’t been so much misinformation in EV marketing as a stark lack of it.”

To help reverse that situation, Zan co-founded National Drive Electric Week which is entering its 11th year in 2021.  “We knew the most effective way to get someone to purchase or lease an EV is to get ‘butts in seats’ through test drives and to have newbies talk to EV drivers – people  who have lived with the car, who can tell you ‘range anxiety’ is a myth.” When National Drive Electric Week first started it reached 26 cities, as of 2019 it is now celebrated in every state in America and across 8 different countries. Reaching a broad audience is the ultimate goal for Zan. Research has shown that 60% of new car buyers are from disadvantaged communities, which means that mainstream mass adoption is going to require reaching all communities.

With EVs making up only about 1% of new passenger car sales in the U.S., it’s easy to think that mainstream adoption of EVs may still be some distance away, but Zan believes that America is at a turning point under President Biden, who has proposed a budget of $174 billion to encourage Americans to drive EVs. “We may not get everything we want out of his proposed legislation,  but even messaging wise, it will be a huge shift from what America has seen before. The president has also called for electrification of the entire U.S. government fleet. That’s going to help incentivize manufacturers and give the public more confidence in driving EVs.”

For any women looking to get into the industry Zan suggests the following –  “Participation and action is always the way – Find what you love, jump in with both feet. Volunteer or do pro bono work with organizations you care about and you will find those like minded people – but do not give it all away, we deserve to be paid. Recognise your worth, follow your heart but make sure both feet are firmly on ground. And when I get disappointed with the slow pace of change, I like to remember what Martin Luther King Jr said: ‘the arc of the moral universe is long but it bends toward justice.’ “ 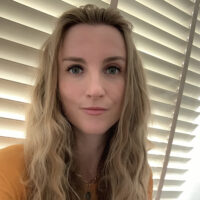